MBA as a Career-changing Experience

One of the perceived benefits historically associated with getting an MBA is that it can facilitate the transition from one area of finance to another. As the emerging fintech sector attracts increasing amounts of investment, executives tired of big banks might see MBAs as a tempting route out of the City and into start-ups.

Entrepreneurs and venture capital investors agree that an MBA is not an absolute prerequisite for launching a successful company, but they point to several advantages that the programmes can bring.

Nick Hungerford, the chief executive of online investment manager Nutmeg, came up with the idea for his company while studying for an MBA at Stanford University, in a class taught by Google chairman Eric Schmidt. Hungerford had previously worked as a wealth manager at Barclays and Brewin Dolphin. 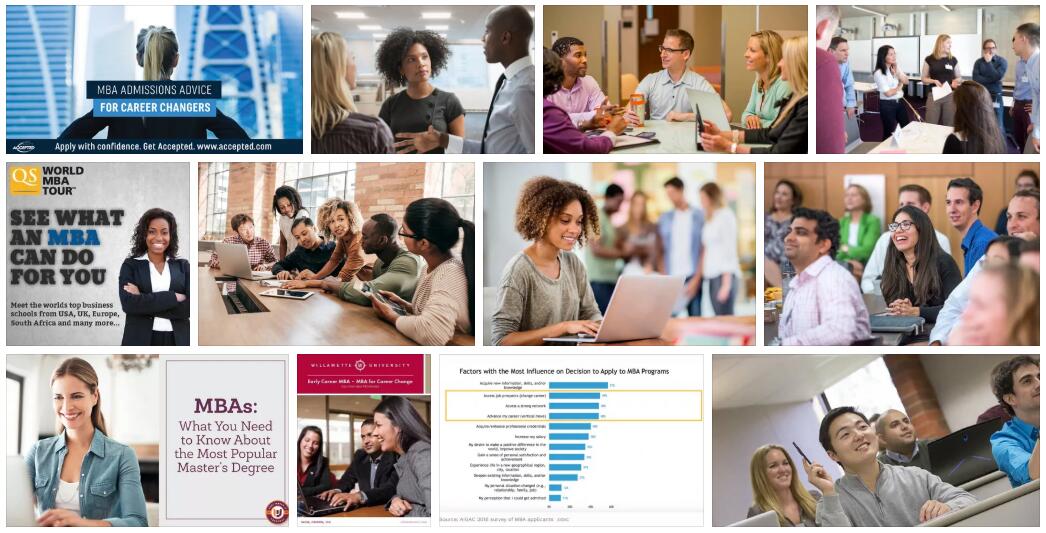 Hungerford said the MBA was “massively helpful” in his journey as an entrepreneur.

“I think it’s really enabled me to be where I wanted to be and have the contacts and the network to raise the money to start the business and hire the people to grow it,” he said. Early Nutmeg backers included influential venture capitalists including Klaus Hommels and Tim Draper, and the firm raised $32 million last June in a round led by asset manager Schroders.

However, Hungerford noted that for those not looking for external funding, taking two years out of the market for an MBA might not be the best choice.

He stressed it was “key is to choose an MBA which suits what you want to do in the future,” with some programmes – most notably Stanford – being better suited for entrepreneurship.

Michael Treskow, a principal at venture capital firm Accel in London, was one of Hungerford’s classmates at Stanford. He said getting a Stanford MBA increased his exposure to venture capital and start-ups. “I now have a significantly broader network in the space, including several classmates who have gone on to start their own companies,” Treskow said.

Treskow, who started his career as an investment banking analyst at Morgan Stanley, added that “an MBA provides a natural entry point into new careers via companies that are seeking to fill MBA-level positions or a second bite at the apple if one didn’t get into a particular industry out of college”.

He noted, however, that while an MBA network could help entrepreneurs in fundraising, it probably would not change his “perception of someone’s entrepreneurial ability per se” when deciding whether to back a company.

Jan Hammer, a partner at London-based venture capital firm Index Ventures, is an Insead MBA graduate who also started his career in investment banking at Morgan Stanley. He said he loved his MBA, noting jokingly that it made him somewhat biased on the topic.

Hammer, an Oxford graduate, said: “It makes you a more rounded person. You create a network that goes beyond the immediate transaction you’re working on. I have found my MBA immensely valuable, forging great friendships first and foremost. Plus many connections in lots of countries and industries where I do not necessarily travel to or work on every day, but giving you broader context.”

He does not believe that getting an MBA will necessarily make it easier to launch a company, but that the programme gives you “additional dimensions” on top of your domain expertise, such as “the grit you have to have as a founder”.

He added that, as an investor, he takes MBAs into consideration but would not back someone just because they had one.

Most point out that the quality of the school makes a huge difference in determining whether an MBA can help to launch a company or make a career change within finance.

Gavin Holland, the founder of fintech recruitment practice Anthemis Talent and a former partner at recruitment firm Heidrick & Struggles, is a City University MBA graduate. Having previously studied mathematics, he said the programme was helpful to give him an overall understanding of business.

He stressed the “huge difference” between top-tier MBA programmes and “everything else” in facilitating a career change.

Of the latter, Holland said: “What I struggle with is that there a lot of people who are self-funding these programmes, people who have reached middle-manager level but are not hugely successful, and are mis-sold the experience as something that will lead to a career change, that will turn them into Jack Welch.”

“In some cases, the reason why they are struggling to advance in the first place is that they are not good enough.”