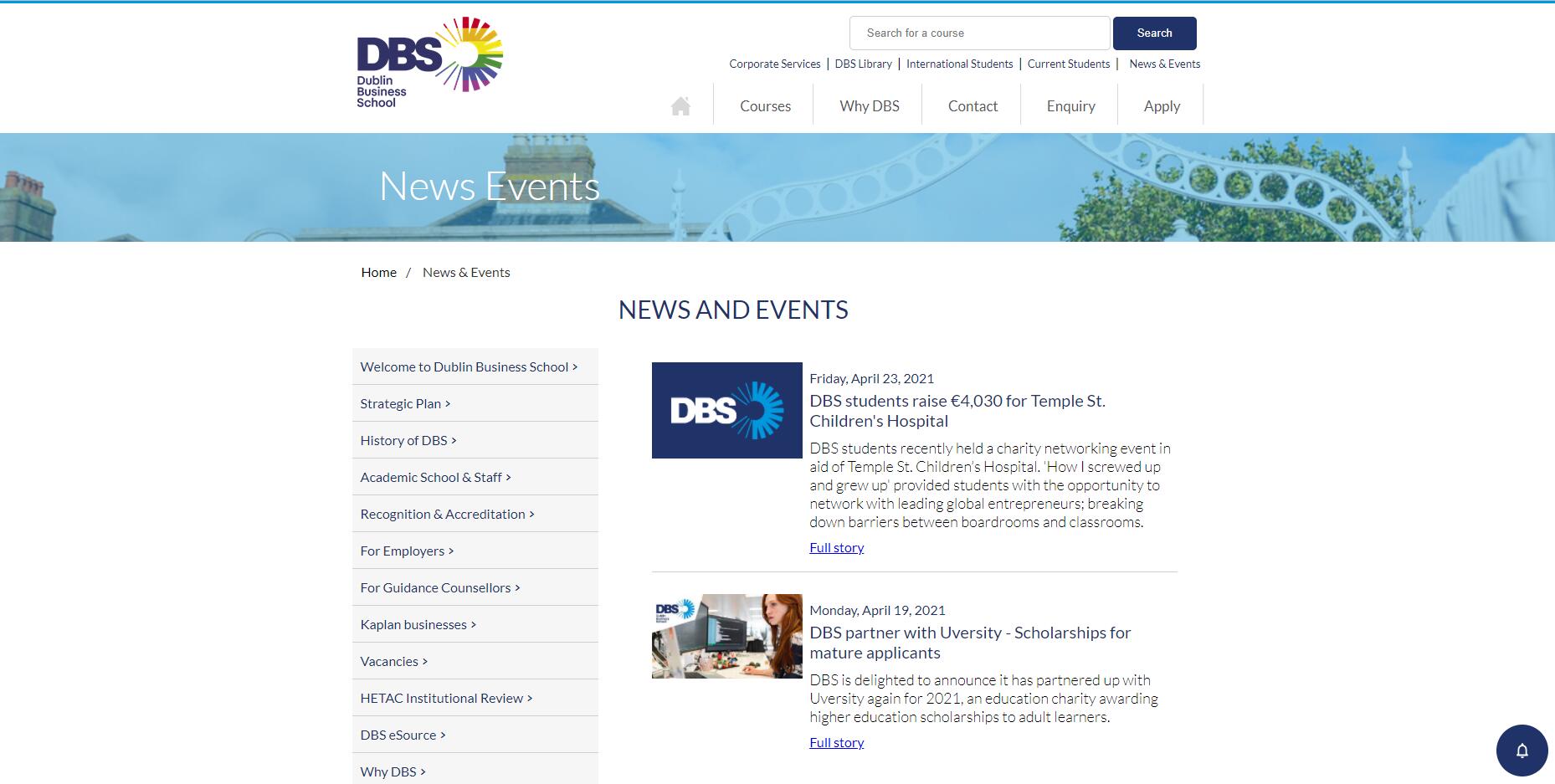 Unfortunately, I did not get a partner university at my home university and was therefore unable to participate in their Erasmuss program. After a few recommendations, I finally turned to your website. From now on everything went smoothly! After a few phone calls and discussions, the Dublin Business School emerged as a suitable university for me.
Your website then sent me all the application documents that I just had to fill out. After a few weeks I got the confirmation, as well as some useful information about housing options, etc. sent by post. Really everything easier than expected and totally recommendable!

The English course offered was good in that mine was able to make the first contacts.
But you haven’t really learned anything that you haven’t known or heard before. I also have to admit that at the end I was barely there.
The introductory week was a bit chaotic and unstructured. Nevertheless, everyone in charge went to great lengths to make the beginning as easy as possible for us.
The Dublin Business School also offered a number of excursions which, with a few exceptions, were free of charge. There were also some DBS parties, which were good for getting to know new people.

Personally, I found the study conditions relatively good. What has to be mentioned in any case is that those responsible go out of their way and are absolutely helpful. You can always turn to professors, organizers etc. and every problem is accepted and an attempt is made to solve it. Unlike what I am used to from my German university, everyone is very helpful and the whole thing runs on a more personal level (the professors are addressed by their first names, for example).

The classes are much smaller than at German universities and the lectures are more reminiscent of school lessons (presentations, demonstrations, etc.).
The DBS has two libraries, which I personally find much too small for so many students. In addition, the buildings are all somewhat spread out, which is why one cannot speak of a campus university.

I found the course content to be the worst criterion.

First of all, I would like to say that you don’t have to be afraid of not keeping up with class because of the English language. The professors speak clearly and clearly and are very easy to understand. I got used to it after a few days and none of my fellow students had any problems keeping up with the material.

Nevertheless, the teaching content is absolutely not comparable with that at German universities. Things that I “learned” in Dublin in the 5th semester, I already knew from the first semester. The level is really very easy, which all my German fellow students were able to confirm. I got good grades with little effort, which is of course positive on the one hand.

Nevertheless, I wasn’t able to take anything with me in terms of learning technology and didn’t learn much professionally, which I think is a shame.

Dublin itself is great! The people are much friendlier and more helpful. In the evening in the pub it is not unusual to have a conversation with Irish people, as they are generally much more sociable and above all more open than, for example, Germans.

The city also offers a lot of recreational opportunities! In addition to clubs and pubs, there are numerous restaurants and small cafes, sightseeing opportunities and shopping streets.
In general, Ireland offers breathtaking nature. It is definitely worth traveling around Ireland by bus on your own or with an organization, for example to see the Cliffs of Moher, Galway, Howth, etc. Traveling is even very cheap in comparison!

The cost of living in Dublin is a lot more expensive compared to the German prices.

Especially in the early days, it was difficult for me to get used to the high costs. For example, a beer in a pub costs 7 euros, a shot costs 5 euros and entry to clubs and discos costs 10 euros.
Nevertheless, you can save something. In Dublin, for example, there are many cheap shops where you can buy cheap drugstore items. There are also both Aldi and Lidl, where you can expect German prices.
In general, however, you should plan much higher expenses than in Germany.

The semester abroad was a great thing. I have improved both my English and my personal skills. I have noticed myself that I have changed personally through numerous experiences and broadened my horizons.
I can recommend everyone, really everyone, to take such a chance! Even if there are certain difficulties in the beginning, you can only win.