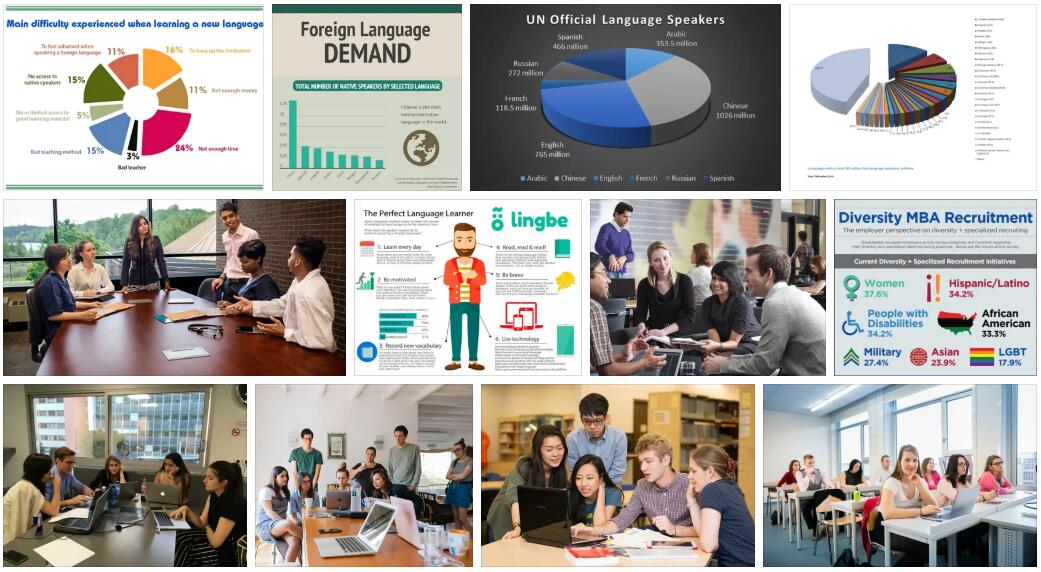 For roles in the financial services industry such as at investment banks it is fast becoming vital, according to recruiters and leading business schools.

This is the case at Infosys, according to Julia McDonald, who is head of talent acquisition for EMEA.

The global software group uses English as its main language. “But our clients often want people that can speak their local language,” Julia said. “If you’re working in Germany, a lot of our clients want someone who can speak German and English.”

He said that an increasing number of positions require more than one language to deal with foreign clients and other stakeholders from different countries. “Languages are highly valued,” he added.

But recruiters also seek candidates with knowledge of the cultures of the countries they operate in.

This is particularly the case for multinational corporations with international development plans, said Claire at ESSEC.

This can be a problem in countries like China, where although there is a dearth of managerial talent, often the cultural differences and the gap in communication skills can be too great.

Richard Bisset, a career consultant at Shanghai’s China Europe International Business School, said that speaking Mandarin is an advantage for students in the city, but not essential.

Approximately 50% of foreign students at CEIBS have found jobs in China with only basic Chinese language skills over the past five years, he said.

“There is no doubt that Chinese is difficult to learn,” he added. “But the opportunity is certainly there.”

Recent surveys have cited the major European languages – French, German and Spanish – as the most in demand among employers.

Recruiters expect their future leaders to have a working knowledge of a second language, she said, and it is not uncommon for companies to move offices and relocate senior managers.

Learning additional languages will help not only with securing jobs, but also fitting into a company’s culture.

“A working knowledge of another language helps [with] cultural integration, and broadens and develops personal and professional relationships,” said María.

Language classes in both English and Spanish are provided during IE’s MBA program in Madrid.

Alessia said that learning academic content in a different language can be beneficial to students’ future careers.

“By mixing between class groups, students also have greater opportunity to meet other peers and strengthen their networks,” he added.

At HEC Paris, MBA students are required to take French language classes as part of the curriculum, according to a spokesperson.

Graduates are often recruited by multinational companies who are looking for multilingual graduates to act as connectors between global strategy and local implementation.

This is increasingly the case in Asia, as education and business there becomes more closely connected to the west.

The Emerging Markets Institute at INSEAD, the global business school, said that this type of recruitment is primarily focused on mainland China andHong Kong.

Asier Guevara Parra, a Spanish MBA student at CEIBS, said that by studying in China he has the opportunity to learn about the country’s culture and peculiarities.

He settled in in China five years ago and led his employer’s transition from a company owned by Spanish investors to one partly managed by Chinese partners.

“People who understand the Asian way of doing business are so valuable for western firms,” he said.

Asier said that learning the local language will help him to differentiate himself in the jobs market.

But he added that has been studying Mandarin for five years. “It’s a language that few westerners master.”