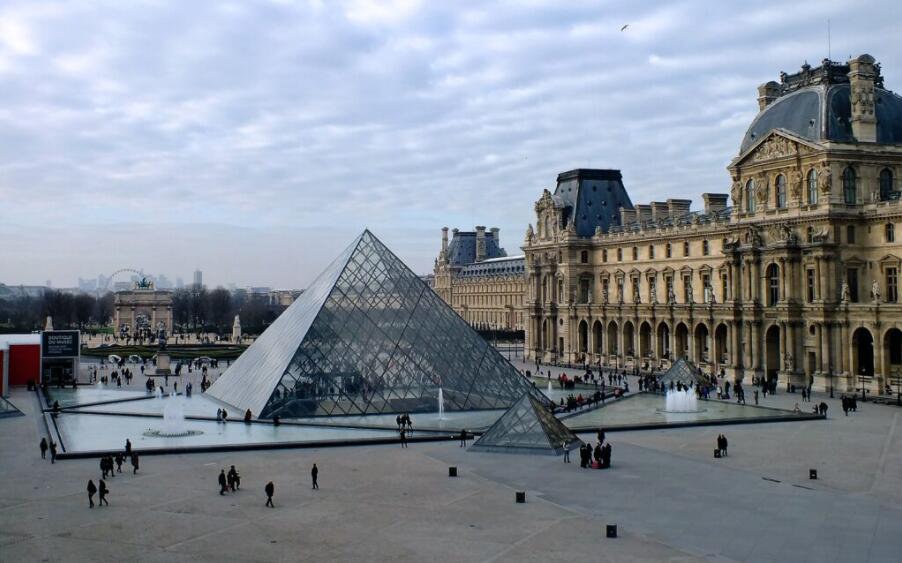 Paris is known worldwide as an expensive city. And this is really true in some ways, but it definitely doesn’t apply to everything in the French capital. To better clarify this issue for those who dream of living in the City of Light, we put together this manual on the cost of living in Paris Check it out!

Cost of Living in Paris: Housing

Housing is by far the biggest expense when calculating the cost of living in Paris. In addition to being a highly sought after city, Paris is also already very densely populated. This combination has raised rental prices in recent years in most parts of the city and also in neighboring suburbs. But in reality, how much you will spend will depend a lot on your lifestyle.

Renting an average apartment in the city center costs between 950 and 1400 euros per month (excluding bills). To make it clearer, the center of Paris is a wide region formed by arrondissements 1 to 7. The further away from the center, the more prices fall (except for chic areas like the 16th arrondissement and Montmartre). For example, to rent a basic studio on the outskirts of the central area, expect to spend between 800 and 1200 euros per month.

What is an arrondissement?

Cost of living in Paris: Food

Groceries are also an important factor to consider when establishing your cost of living in Paris. And the good news is that, unlike rents, prices spent on food in the city are usually affordable. The first observation is that supermarket prices vary widely from one neighborhood to another, even when they belong to the same franchise! The secret is to do a lot of research before you buy.

For those who have the habit of cooking at home, expect to spend an average of 10 euros per day on food. A tip to save money is to shop at the farmers markets in the city, which usually have a good variety of fresh products, in addition to being cheaper than traditional supermarkets.

For those who prefer to eat out, the values ​​are usually reasonable, but much less expensive than you may be imagining. The average price of a meal at lunchtime (with starter, main course and dessert) is around 15 euros. For dinner, the average price rises to around 19 euros. Another tip is to look for the promotional menus of restaurants that are even more affordable.

Street food is even cheaper. Expect to spend an average of 5 euros for a crepe, kebab, panini or other typical regional dishes. Another advantage is that street food vendors usually work late into the night, which is not very common in Paris.

Cost of living in Paris: Transportation

The great truth is that Paris is a great city for walking and, honestly, this is the best way to explore the city’s beauties. But for those who live there, public transport ends up being necessary, and it is not that expensive. The unlimited monthly pass, known as Navigo, costs 75 euros (or 39 euros for students) and allows the use of the entire public transport network in the city, consisting of subways, buses, trams and even bicycles. And it is worth remembering that the Paris metro network is one of the largest and most efficient in the world. Through it, you can reach almost anywhere in the city in less than 30 minutes!

Unlike the London, Hong Kong or New York systems, the monthly public transport pass in Paris is unlimited. That is, the user is not charged every time he uses it. With Navigo, you can take the bus, subway and tram as many times as you want, as far as you want. And the pass even includes intercity trains (RER) to reach places like Versailles or Fontainebleau, or even the airport, at no extra cost! This makes getting around the city very accessible and quick as well. 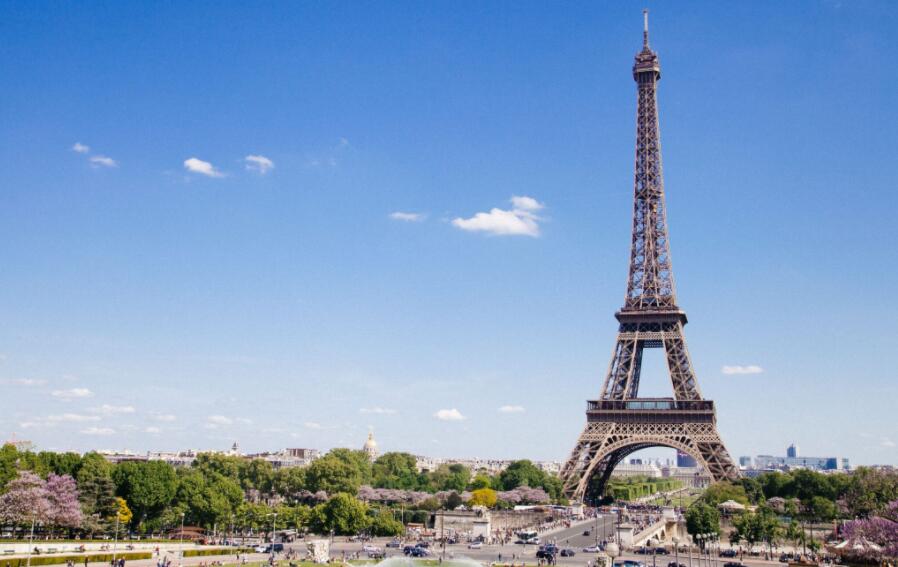 Cost of living in Paris: Accounts

We have already talked about rent but it is also important to consider monthly bills to get a more accurate idea of ​​your cost of living in Paris. This topic includes expenses with internet, electricity, telephone plan, water and gas.

The average cost of utilities, such as gas, water and electricity, will depend on two factors: the location and size of your apartment in the city. Normally, expect to pay between 35 and 50 euros per month for a studio of about 30 square meters. For a one-bedroom apartment, the cost rises to 70 euros per month on average. Obviously, the bigger your apartment, the higher these values ​​will be. It may also happen that the costs of these utilities are already included in the rental price, so ask the owner for specific information.

Internet and telephone plans in Paris are relatively inexpensive and there are two main options: monthly plans or prepaid cards. For those who will be staying in the city for a long period, the ideal is to create a monthly plan. Some companies offer combined internet, television and telephone services for 20 euros a month. Prepaid phone plans start at 5 euros a month.

Cost of living in Paris: Entertainment

You can’t talk about living expenses in Paris or anywhere else in the world without considering entertainment expenses, right? Understand first of all that going to the cinema or seeing a play is something that is part of the routine of Parisians. Many of them do this several times a week. And fortunately, enjoying these little luxuries is quite affordable there.

An average cinema ticket costs 8 euros and you can buy an unlimited monthly pass for around 35 euros. There are special discounts for seniors and students and going to the matinee sections is cheaper.

Many concerts and artistic performances are held quite frequently in famous spots in the city, such as the Eiffel Tower and the Basilica of Sacre Coeur. And for very reasonable prices at each of the 20 euros.

For those who are a fan of going out at night but need to save money, the best options are the Quartier Latin, Ménilmontant and Châtelet neighborhoods, which have many cheap options for bars and clubs. But the truth is that you can find a good happy hour anywhere, if you know where to look. And of course, for those who want and can spend a lot of money, the city is also full of places where a simple cocktail can cost between 20 and 30 euros. The Champs-Elysées area has the most sophisticated options.

Cost of living in Paris: Health

The cost of living in Paris for well-being and general fitness is really low compared to other Western countries. In terms of fitness, the cheapest option (read free) is to take advantage of the city’s many parks to exercise. The Jardin du Luxembourg and the Buttes-Chaumont park are great options. The banks of the River Seine are also very popular with those who enjoy running. As for joining a gym, there are several options and prices start from 20 euros per month.

Health services are also accessible in Paris and a regular visit to the doctor costs 25 euros on average, but the price may vary according to specialization. Of course, I don’t even need to remember that, as an international student, it is extremely important to have health insurance up to date, right? 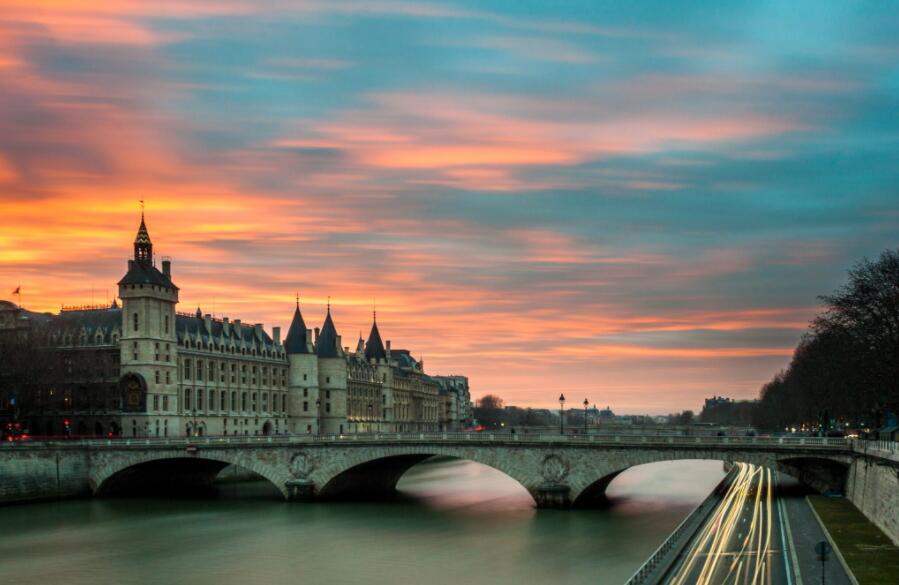 Cost of living in Paris: Clothes and Shoes

If you are going to spend a lot of time in Paris, you will need to shop from time to time, and that includes clothes and shoes. Paris is one of the best cities in the world for shopping, that’s a fact. And of course there are some of the most expensive luxury stores and brands on the planet. But it is perfectly possible to buy cheap parts. Everything will depend on where you will buy.

In areas like the Marais, Saint-Germain and Champs-Elysées, you will find luxury brand boutiques alongside high street shops and vintage stores . It is possible to easily spend 30 or 300 euros on a pair of shoes or a T-shirt. In Paris, it is no exaggeration to say that there is something for every budget. There are also many department stores like Galeries Lafayette, Printemps and Le Bon Marché. But if you want a truly Parisian shopping experience, be sure to check out the city’s famous flea markets!