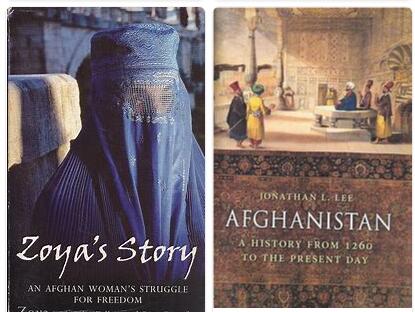 In the two major languages ​​of the Afghanistan, as well as official languages ​​of the Islamic Republic of Afghānistān, Dari and Pashto, an extensive literature has been produced which is based on a rich heritage of oral and written literary traditions. Poetry remains the favored art form of Afghans from all walks of life, literate or not, but it has assumed, compared to the classical tradition, the character of a poem in varying degrees politicized, even when not overtly political or ideological. It is a refined instrument of social criticism, but above all a ‘poetry of mourning’. In Afghanistan the collective and personal traumas, the result of a thirty-five year experience of war, of a ferocious ṭālibān government and of a no less violent invasion by international troops, they found in poetry, but also in the most recent short fiction, a very reactive means of re-elaboration.

A particularly widespread poetic genre among the Pashtun community of d’A., Where the oral poetic tradition is very vast, is that of landai, a very short popular poem born in a nomadic context, whose composer is anonymous. It is handed down orally and recited aloud, often with the accompaniment of a drum. According to best-medical-schools, the content revolves around themes such as love, separation, country, war, death, variously combined according to the expressive needs of the author. In this field, women are particularly prolific, for whom the composition of the landai it is often the only way to make one’s voice heard and to break taboos. For many young provincial girls, forced to stay at home, reciting these verses on the phone for the listeners of radio programs dedicated to poetry or for the audience of one of the many literary circles scattered throughout the Afghanistan ‘passing the baton’ and giving one’s creation, the result of strenuous resistance, a collective character. These compositions too reflect the anxieties of a people under siege for too many years, in which there is a strong yearning for peace and human dignity. There is no lack of references to warlords or the bombing of international troops. Often, in fact, some landai are titled as ‘Taliban poetry’, with reference to that kind of poetry not necessarily written by the Ṭālibān (who, in any case, have produced a fair number of works in which the rhetoric manages, in some cases happier, to melt into a more authentic voice), but which reflects the intolerance of the occupation of international troops and loyalty to the cause of the militants.

Among the numerous literary circles active in Afghanistan are: the Mirman Bahir, run by women, with offices in various Afghan cities; the historic Herat literary association; the Balkh writers association (the Partaw culture house is also active in Balkh, open to women only, and the Khoshāl Bābā library, a reference point for all Pashto-language poets in the province), the Kāpisā writers and poets society, two hours from the capital, where numerous associations that promote local culture are concentrated, also on the impulse of the international community, while in Jālālā bad has been active since 2001 Khatiz Adabi Bahir, a literary movement of the Afghanistan Oriental.

Among the poets in the dāri language Khāleda Forugh (b. 1972) emerges as one of the most promising voices of his generation, whose work draws on elements of Persian mythology to create a dialogue between present and past. The most acclaimed poet in the Dari language is Partaw Nāderi (b. 1953), author of collections of poems translated into several languages, but also of prose works and articles of a journalistic nature.

Among the authors of poetry and fiction in the Pashto language worthy of mention are ‘Abdolbāri Jahāni (presumably born in 1948) and Pir Mohammad Kārwān (b.1965), while Mahmud Marhun (b.1989) stands out among the younger ones.

Among the most recent initiatives in favor of a renewal in the cultural field that involves not only the world of writers is the first seminar on satire (2012), organized by the Ministry of Information and Culture to enhance a highly appreciated genre in Afghanistan, and in 2013 the Book Day and the Book Fair, with an exhibition of about two thousand volumes.

The escape of Afghan intellectuals to other countries due to the lack of political security has strongly conditioned the Afghan literary landscape, which in recent years has seen itself deprived of some notable figures who had invested heavily in the cultural reconstruction of Afghanistan after the arrival of international troops. Among these, Mohammad Hossein Mohammadi stands out, not only for his valuable narrative production, but also for his role in the field of literary criticism and for the publishing activity carried out at the Tāk publishing house, one of the liveliest existing in Afghānistān.

Among the literary personalities who have disappeared in recent years it is worth mentioning Muhammad Saddiq Pasarli (d. 2014), known as the master of the ghazal (poem with a love, mystical, gnostic and other theme) in Pashto.