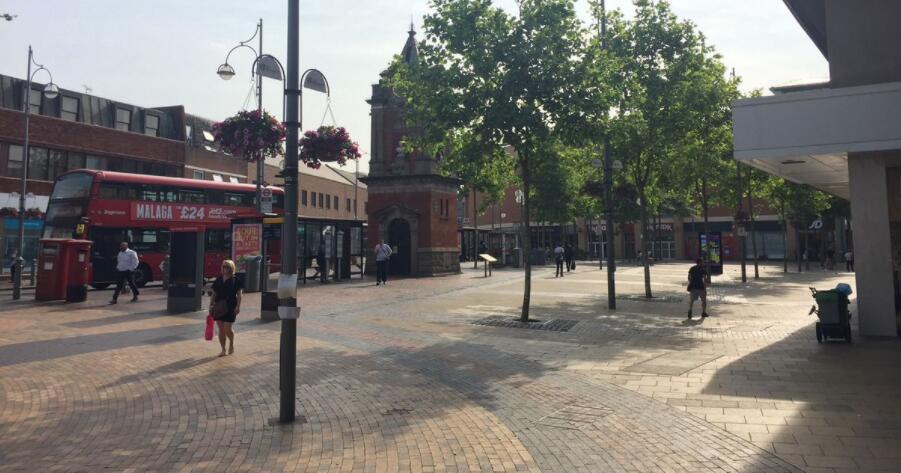 There is no doubt about it: London is an expensive city to live in! Renting a two-bedroom apartment usually compromises much of the monthly budget of most young people who choose the city to study. In more sophisticated neighborhoods, like Chelsea, for example, that amount can reach an impressive £ 2,500 a month! The amount spent on housing is, incidentally, one of the main reasons why London occupies the top of the list of the most expensive cities in the world to live.

But if your dream is to study in the city of Big Ben, don’t be discouraged! The effervescent culture, the heated labor market and the city’s diversity make it all worthwhile! And not all neighborhoods in the city cost the price to rent an apartment. After all, we are talking about a huge place with areas and prices that vary a lot. So we are going to show you now what are the cheapest neighborhoods in London to live.

We started the list with the cheapest neighborhood to rent an apartment in London, with an average value of £ 1,007, about £ 2,000 cheaper than the average in the most expensive areas of the city. For those who want to buy an apartment there, the average price is around £ 235,000.

Located in south east London, the distance between Bexley and the city center is about 45 minutes by public transport. The neighborhood is also known for being one of the best places in London to raise a family, due to the huge number of good quality schools. Therefore, it is a great option for those thinking of moving to the city accompanied.

Next on the list is the Havering district, located just outside East London. The average rent costs £ 1,083, while the sale price is around £ 253,000. From bustling Romford, the neighborhood’s administrative center, known for its nightlife and shopping options, it takes about 35 minutes to get to central London. The region will soon have the operation of Crossrail, a rail system that directly connects with central London, which will certainly take further development and, of course, increase prices.

In the opposite direction from Havering, Sutton is in the south west of London and has an average rent of £ 1,166. As for buying an apartment over there, the prices are around £ 294,000. Although only 45 minutes from the center of London, Sutton is known for its wide green spaces. In addition, it also has one of the lowest crime rates in the city. If you are looking for tranquility, this can be a great option. 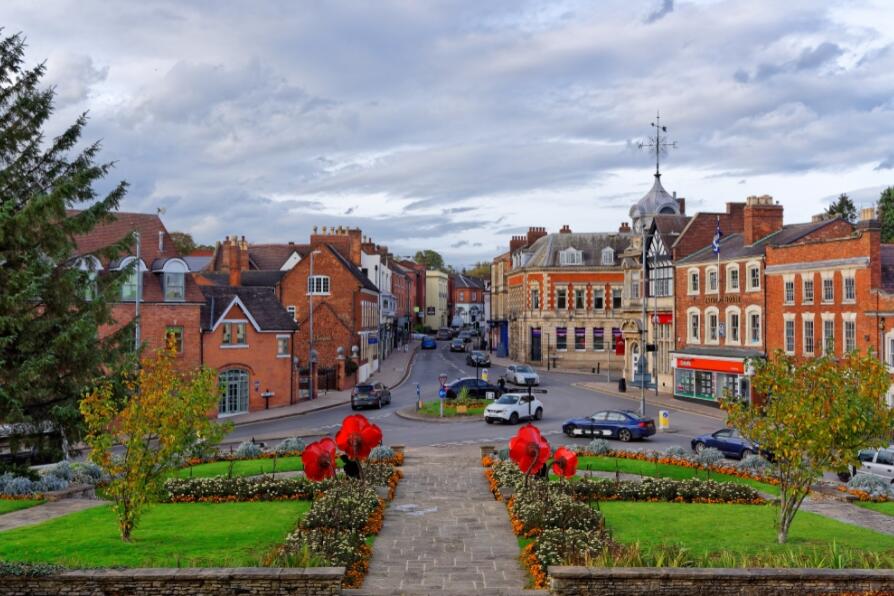 Bromley was the place where singer David Bowie spent most of his childhood and is just 15 minutes from Victoria Station, a multimodal station on London’s transport system. The average rent there is in the range of £ 1,271 and an apartment costs on average £ 341,000. It is classified as one of the happiest places to live in the city, which may be related to the vast offer of independent shops and good school options. 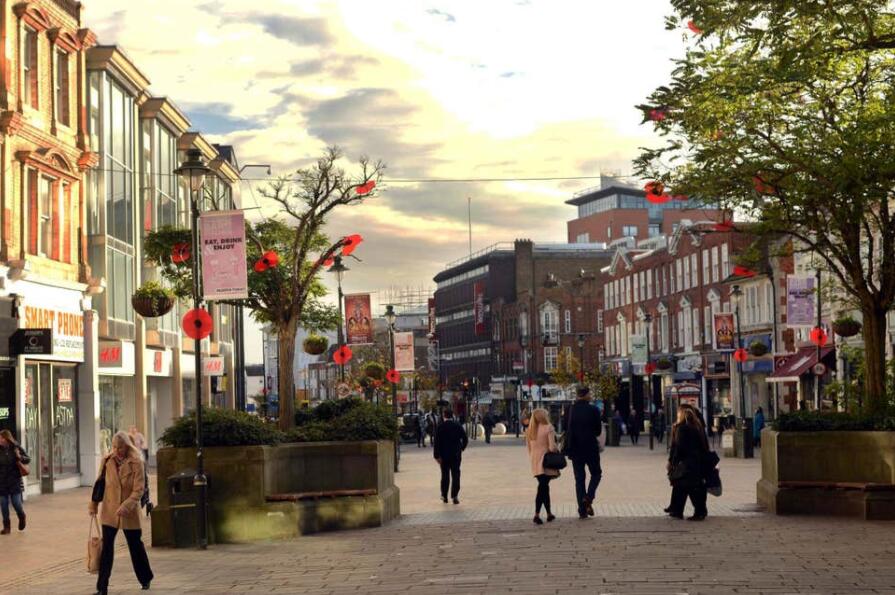 With a country side feel, Enfield is approximately half an hour from King Cross Station (Harry Potter’s! ) But, despite its proximity to the center, it retains a calm small-town atmosphere. The average rent there is £ 1,285. To buy an apartment expect to pay an average of £ 300,000 for a 2 bedroom property. 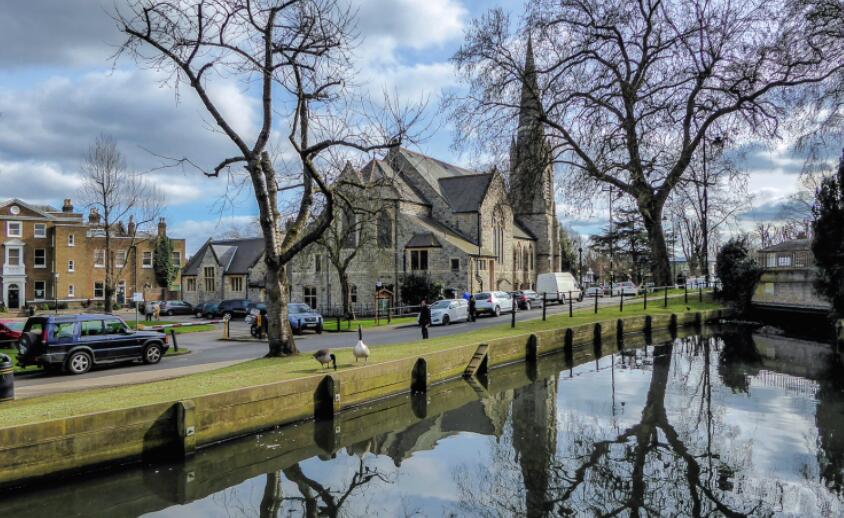 Do you make a point of living in central London?

Well… all the places described above are in more remote areas or on the outskirts of the city. But if you want to live in the center of the English capital (Zones 1 and 2), we also have some options. However, remember that one area is always cheaper than another for one reason: it may be that transport is not as good or with fewer options than other neighborhoods; or that the area has no respected schools or hospitals; or that it is still full of ugly warehouses, social housing and a historic reputation for crime.

But who cares not to have Hyde Park as a view from the bedroom window, as long as it is possible to have access to a cheap, pleasant and cozy place and only a few minutes from the center of the city, right? So now we go to the cheapest neighborhoods to live in London, or better, in the most central part of the city.

Acton is certainly one of the cheapest neighborhoods in London in the central area. It is at the end of Zone 2, but extremely well connected via the Central Line, one of the city’s metro lines. In literally a few stops you can reach Oxford Street, the busiest shopping street in Europe. Even though it is mainly a residential area, in the vicinity of Acton it is possible to find several facilities, including the Westfield, a large shopping center that is just two subway stations! 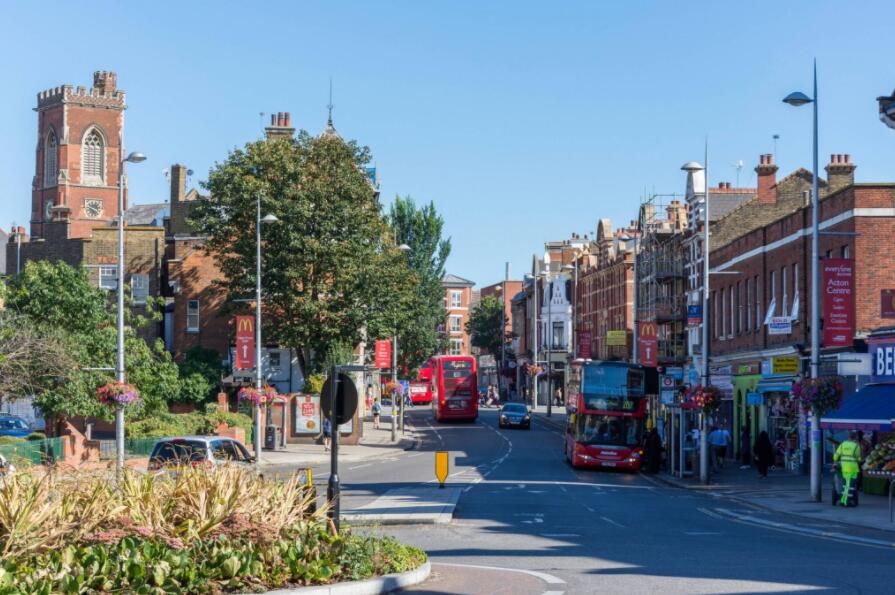 Shepherd’s Bush is actually quite close to Acton, but it’s even more central, right in the middle of London’s Zone 2, so it’s also a little more expensive. However, the cost is still low compared to how central this area is and how pleasant it is to live there. In fact, you will be pleased to know that this neighborhood is very close to Notting Hill, one of the most elegant and iconic areas of London. The Westfield shopping mall, which we talked about above, is literally opposite Shepherd’s Bush tube station. For even cheaper rentals, look for apartments on Latimer Road and Ladbroke Grove, two very close locations. 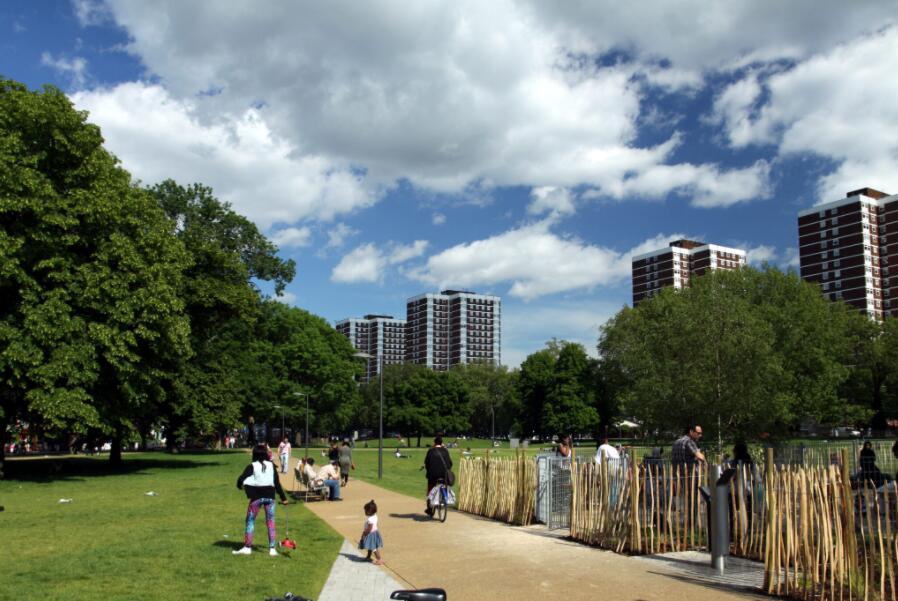 You have probably heard of Camden Town, right? Would you like to live near there? Too expensive, you might think. Well, not if you live in Kentish Town, which is just a few minutes walk from one of the most famous areas in the city. And the cool thing is that there are plenty of bars, shops, restaurants and other everyday amenities, as well as an incredible nightlife! It is worth remembering that the historical context of the neighborhood is closely related to music. So, if you are a music fan, this could be your place in London! 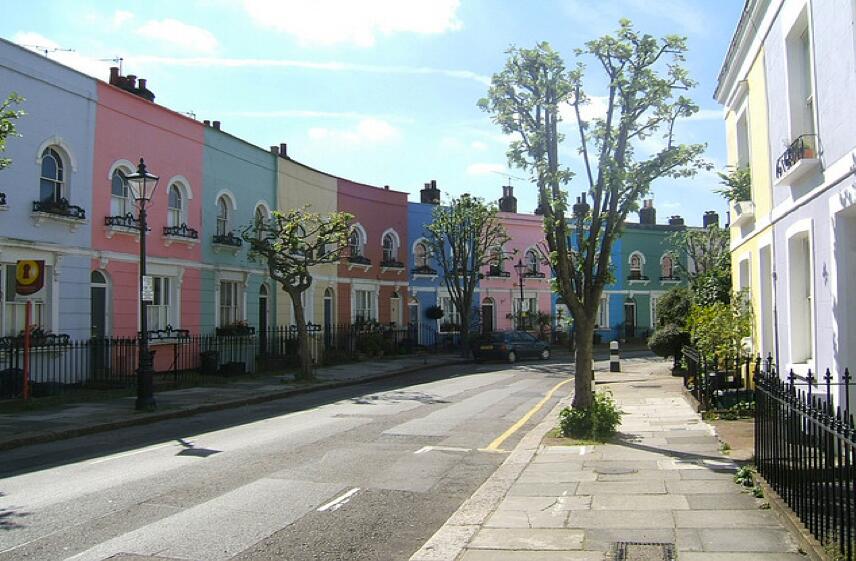 Finsbury Park is one of the cheapest areas in Zone 2. Unfortunately it is a region that has not had a good reputation in the past, due to its proximity to Tottenham Hale and Seven Sisters, two locations historically known for high crime rates. However, now things have changed and the neighborhood has become increasingly cosmopolitan and vibrant in some parts in recent years. In addition to the great cultural mix, Finsbury Park is also known for the super cheap prices (by London standards) for street food and local family businesses. It is just a few minutes walk from the Arsenal stadium. 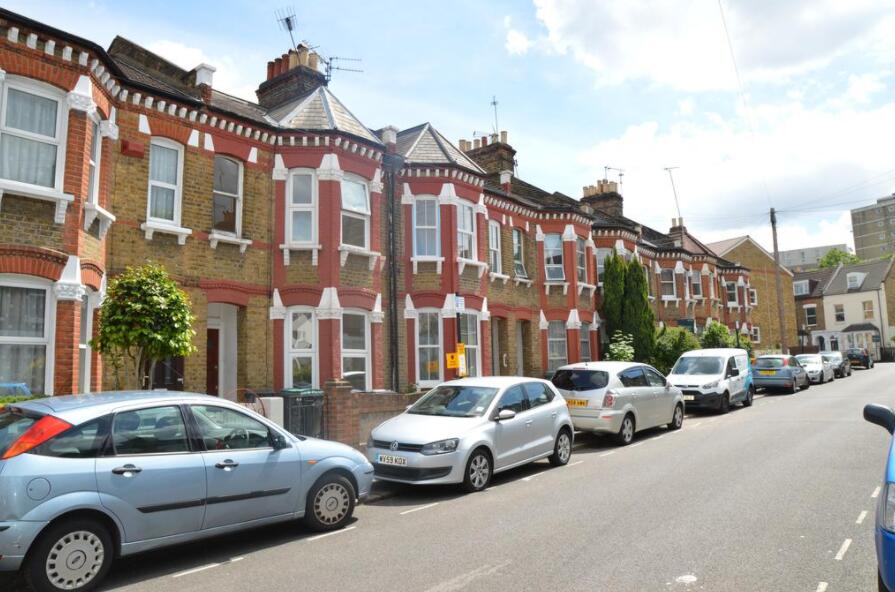 It may not be the most beautiful area in London, but it is certainly one of the cheapest. In fact, it’s the cheapest neighborhood on that list and probably the cheapest in all of London’s 1-2 zone. Its rental prices are ridiculously low compared to the London average, and it is also very close to the center. In addition, it is just a few minutes walk from the vibrant Shoreditch neighborhood, known as “Las Vegas London”. It is the favorite area especially for young people new to the city or beginning their careers who want to spend less but still enjoy life. 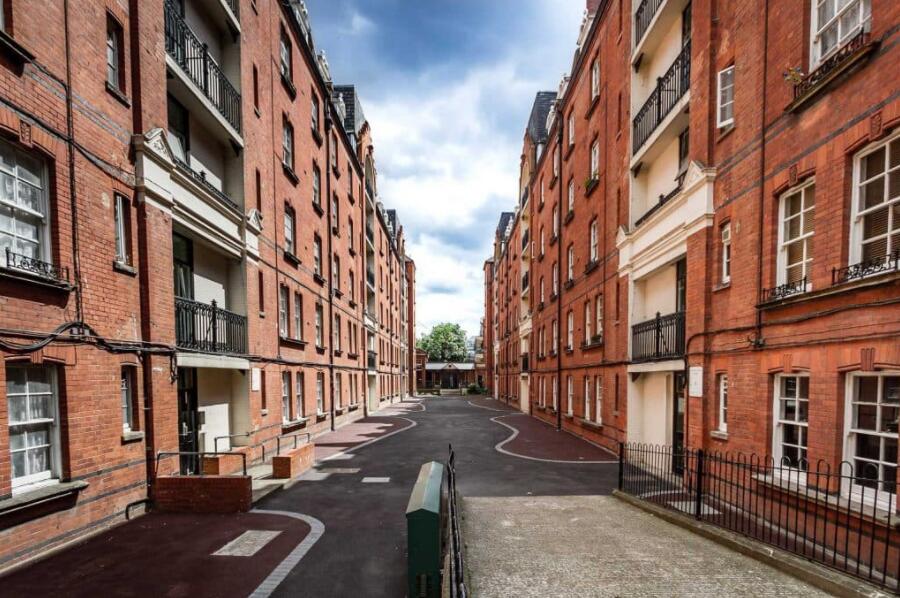 In the past, Canada Water was a rather monotonous area of ​​the city. Now, however, it is getting more and more cool , especially since it is just a subway stop from the super chic Canary Wharf, an area full of skyscrapers; and a few stops from the London financial center. This is one of the reasons why the neighborhood has become a favorite for young professionals who work in the city’s banks and offices. Want to spend even less? Then look for apartments in Surrey Quays, an area very close to Canada Water. 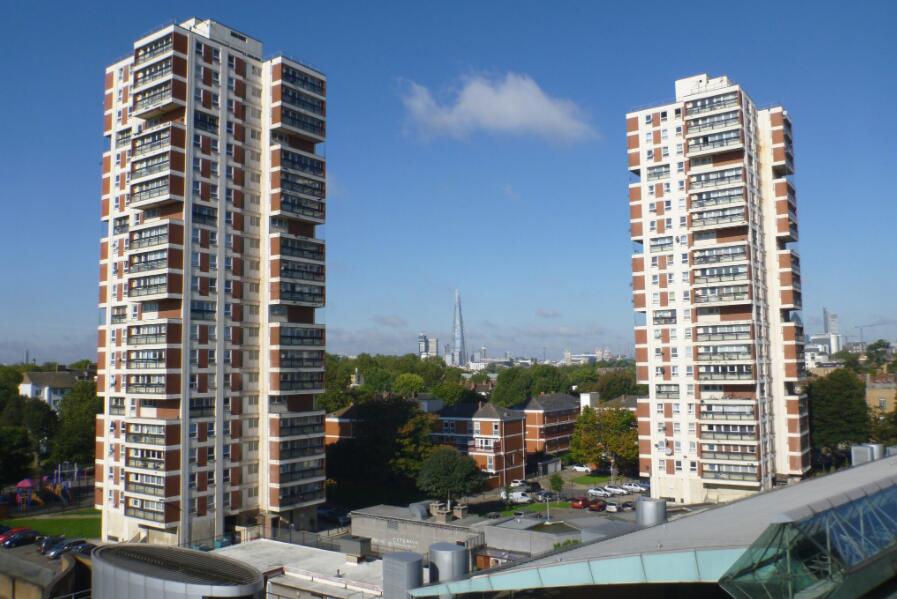 Balham is almost a secret corner very close to Clapham and Brixton, two of London’s most famous areas. However, unlike these, Balham is much cheaper. Unlike Clapham, famous for its lively nightlife, it is a more residential and familiar area, but with a good commercial offer.

These are the cheapest neighborhoods in London to live. It has an option for those who want to live in the hubbub of the center and for those who prefer the tranquility of the suburbs. What was your favorite? Leave your comment below! 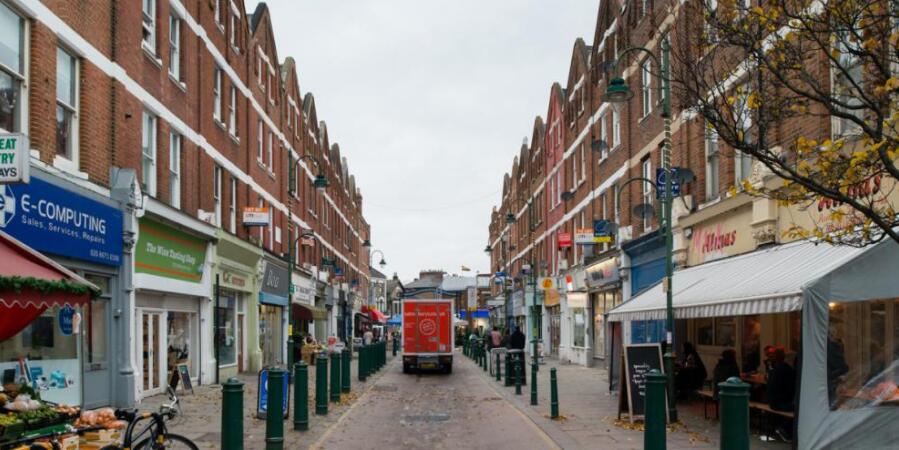