Have you ever thought about studying at one of the Eastern European universities? But what is Eastern Europe, anyway? This region of Europe is known for having more modest human development rates compared to other countries in Europe, but still high compared to other parts of the world. At the same time, they are also famous, mainly from the tourist point of view, as they are MUCH cheaper than the most famous places in the Old Continent.

According to COUNTRYAAH, the countries that are part of this region are: Belarus, Bosnia and Herzegovina, Bulgaria, Czech Republic, Croatia, Georgia, Slovakia, Slovenia, Estonia, Hungary, Kosovo, Latvia, Lithuania, North Macedonia, Moldova, Montenegro, Poland, Romania, Russia, Serbia and Ukraine. In addition to these, Armenia, Azerbaijan and Turkey are also frequently included in the group due to cultural and geopolitical factors.

Now that you know which countries make up this region, it’s time to find out which are the best universities in Eastern Europe.

Founded in 1755, Moscow State University is the best in Russia and in all of Eastern Europe, consistently ranked among the 150 best in the world in the QS ranking. One of Russia’s oldest and most respected institutions, the main building of MSU is the tallest educational building in the world. The university library system is one of the largest in Russia, with about 9 million books, of which 2 million in foreign languages. The university has more than 47,000 students enrolled and receives around 4,000 international students every year. 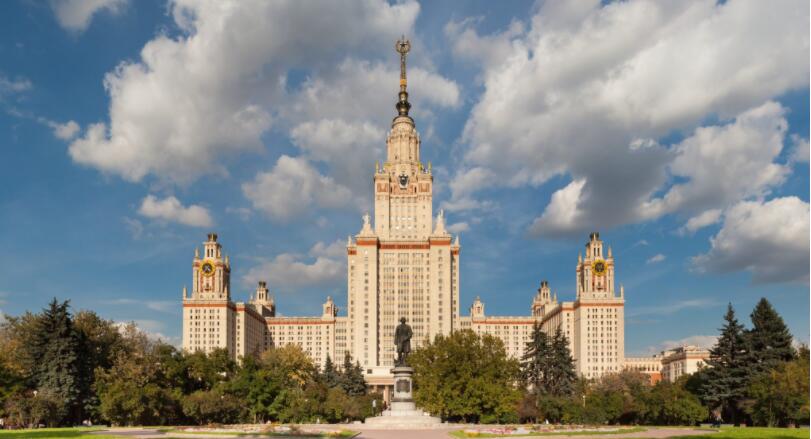 Novosibirsk State University was founded in 1958 in the Siberia region and has just over 7,000 students spread across 23 degree programs, 17 master’s and 13 doctoral programs. The institution has classes taught in Russian and English and modern facilities, offering a unique structure within Russia. The institution’s courses are divided into 9 departments: Mechanics and Mathematics; Physics; Natural Sciences; Geology and Geophysics; Economy; Humanities; Medicine and Psychology; Information Technology and Philosophy and Law.

The beginning of the University of St. Petersburg dates back to 1724 and, today, the institution is one of the main international centers of science, education and culture in Russia. The discoveries and achievements of professors and graduates of this university have had a direct impact on the history of Russian and international science and technology. Not surprisingly, a considerable number of alumni received the Nobel Prize in the areas of Medicine, Chemistry, Physics, Economics and Literature. Currently, the University of St. Petersburg collaborates with 230 higher education institutions around the world. 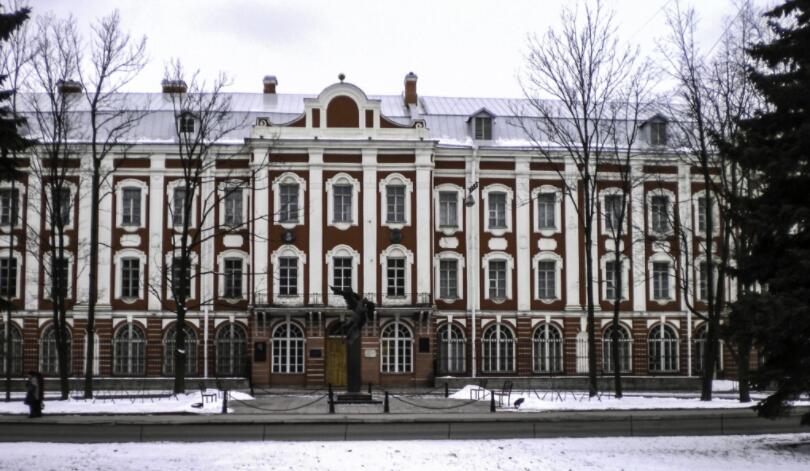 Tomsk State University (TSU) is the largest university in the Asian part of Russia and a recognized center for science, education and innovation. It was founded by the decree of Emperor Alexander II as the Imperial University of Tomsk on May 28, 1878. More than 150,000 alumni have passed through the institution’s banks and two of them have been awarded the Nobel Prize.

Today, the university has 15,000 students and 20 colleges and educational institutes, 20 dissertation councils and 33 scientific schools. In addition, the number of international students is steadily increasing: there are currently around 3,000 students from 70 countries.

The Moscow Bauman State Technical University (BMSTU) is part of the history of the former Soviet Union, having trained several pioneering scientists and researchers in the world of rockets, aviation and heavy industry. Today the institution has a great prominence mainly in the areas of Computer Science, Information Systems, Electrical and Electronic Engineering, Mechanical Engineering, Mathematics, Physics and Astronomy. 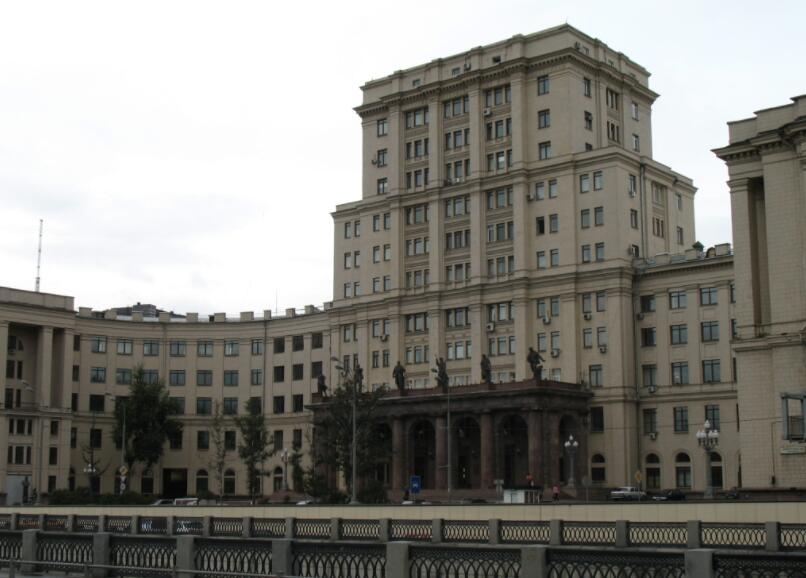 The Carolina University of Prague (Charles University) was founded in 1348 and has undergone several changes throughout its history. Currently, it is a publicly traded university comprising a total of seventeen faculties, three of which are theological, six are faculties of humanities and social sciences, five are medical and three are dedicated to the sciences.

Within the institution great importance is attached to classical scientific disciplines (Philosophy, Theology, Mathematics) and to the most modern disciplines (Ecology, Computer Science, Social Work, Gender Studies), as well as to disciplines oriented to a specific profession, such as Medicine , Health Sciences, Law, Translation and Interpretation and Pharmacy.

More than 60 undergraduate and postgraduate programs at the University are taught in a foreign language, predominantly in English, with more than half of these being doctoral programs. 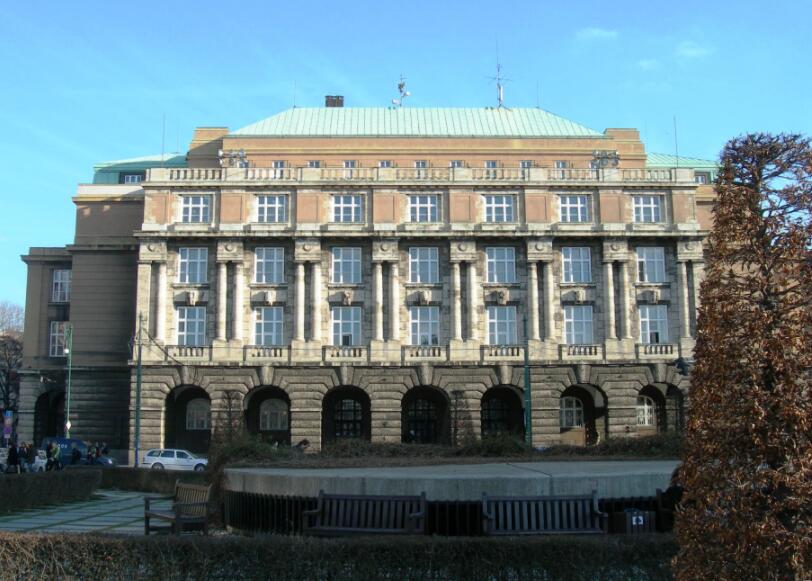 Founded in 1632 by King Gustavo II Adolfo of Sweden, the University of Tartu is the largest and oldest university in Estonia, both in terms of personnel and number of students, as well as in the volume of its teaching, research and development activities. It covers a wide variety of academic fields, offering 197 undergraduate and graduate study programs (including 27 international degree programs taught entirely in English ). Of the approximately 13500 students enrolled, 1500 are international. 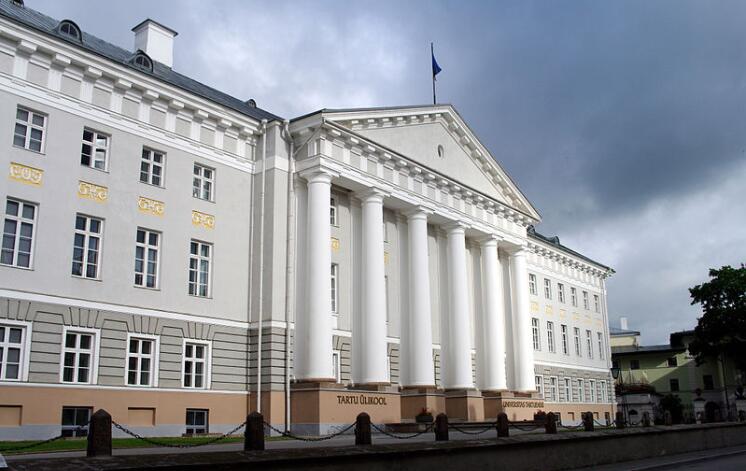 The Moscow Institute of Physics and Technology (MIPT) is one of Russia’s leading technical universities, with a reputation for qualified graduates that extends to other countries. The institution has a vibrant and diverse community of alumni, with numerous nationally and internationally awarded researchers, entrepreneurs, politicians and creators. The MIPT focuses on six main areas of research: 2D Materials, Quantum Technology, Biophysics, Artificial Intelligence, Arctic Technology and Space Technology.

Since its creation a quarter of a century ago, more than 80,000 students have successfully graduated from Russia’s Higher University of Economics, known as HSE. With its 4 campuses, HSE has become one of the best and most renowned national research universities in the country in just two decades.

With more than 250 educational programs at all levels of education in Russian and English, HSE is a truly global university. Students from more than 90 countries study in 8 bachelor’s and over 30 master’s programs in English (in addition to another 150 programs in Russian). Some of the prominent fields of study at the institution are: Politics and International Studies; Sociology; Business and Management; Communication and Media Studies; Economics and Econometrics; Finance; Computer science; Right; Arts and Humanities; Linguistics and Mathematics.

The history of the National University for Nuclear Research MEPhI (Moscow Institute of Engineering Physics) began with the founding, in 1942, of the Moscow Mechanical Ammunition Institute. In that same place MEPhl was established, with the direct involvement of leading Soviet scientists, including the head of the Soviet atomic project Igor Kurchatov. Six Nobel Prize winners have worked at MEPhI throughout its history: Nikolay Basov, Andrei Sakharov, Nikolay Semenov, Igor Tamm, Ilya Frank and Pavel Cherenkov.

Today, MEPhI is one of Russia’s leading research universities, training engineers and scientists in more than 200 fields, including: Nanomaterials and Nanotechnologies; Radiation and Beam Technologies; Medical Physics and Nuclear Medicine; Superconductivity and Controlled Thermonuclear Fusion; Ecology and Biophysics and Information Security.

Founded in 1364, the Jagiellonian University is the best higher education institution in Poland and the second oldest in Central Europe, occupying an important position on the academic map of the world. It is an autonomous public university of higher education composed of 16 faculties, 4 thousand professors / researchers and about 40 thousand students in 87 different fields of study.

It is one of the leading institutions in scientific production in Poland, collaborating with leading academic centers around the world. It is not by chance that it attracts more and more international students to its programs taught in foreign languages.

The University of Warsaw, founded in 1816, is Poland’s largest university and a leading research center, offering numerous programs of studies and specializations in the fields of Arts and Humanities, Social Sciences, Physical Sciences, Life Sciences, Engineering and Technology. The University employs more than 7,000 people (including more than 3,500 academic staff) and has a staff of more than 42,000 undergraduate and graduate students, in addition to 3,000 PhD students.